New JSON theme available! Check it out here!
You are here: Home / Knowledge Base / What is Vertipaq and how does it work? -Part 1
How can we help?

Welcome to Curbal Learning Portal. Search for answers using the search box below, or create a request for a video or blog if you cannot find your answer.

What is Vertipaq and how does it work? -Part 1

Part 1: Data compression
Vertipaq is the database and engine that runs on top of Power BI and PowerPivot.

When we import data in Power BI, the Vertipaq database will try with a series of algorithms, to compress the data as much as possible and the best way possible so it is easy and fast to query it with DAX.

In this video, I will go through the main known things that Vertipaq does to compress the data. Here are the methods used, not necessary in that order:

1. Dictionary or Hash compression: It creates a dictionary for the columns stored as strings (text)

2. Value encoding: It will codify the columns stored as numbers to make them as small as possible

3. Run Length Encoding (RLE): Values that are the same in consecutive rows will be stored as a single data value and counted. 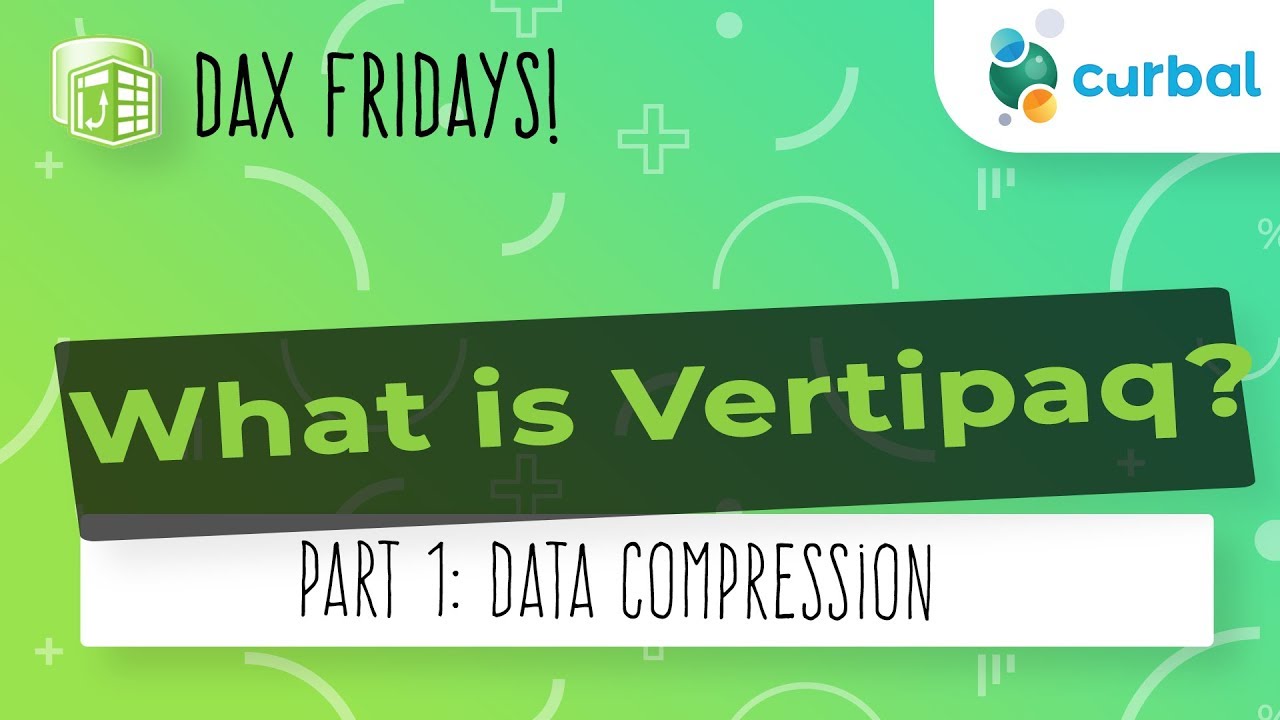 I recommend you to also watch the vertipaq series to learn more about how DAX works behind the scenes:

What is Vertipaq and how does it work? Part 1: Data compression

Why is Vertipaq so fast? Part 2: Columnar database

Why is Vertipaq so fast? Part 3: Segment Elimination

DAX Fridays! #126: Understand the Formula Engine and Storage Engine to optimize your DAX queries
«
Prev
1
/
1
Next
»

Was this helpful?
Previous The Formula (FE) and Storage Engine (SE) explained
Next  Why is Vertipaq so fast? – Part 2

Join our community of +30,000 professionals